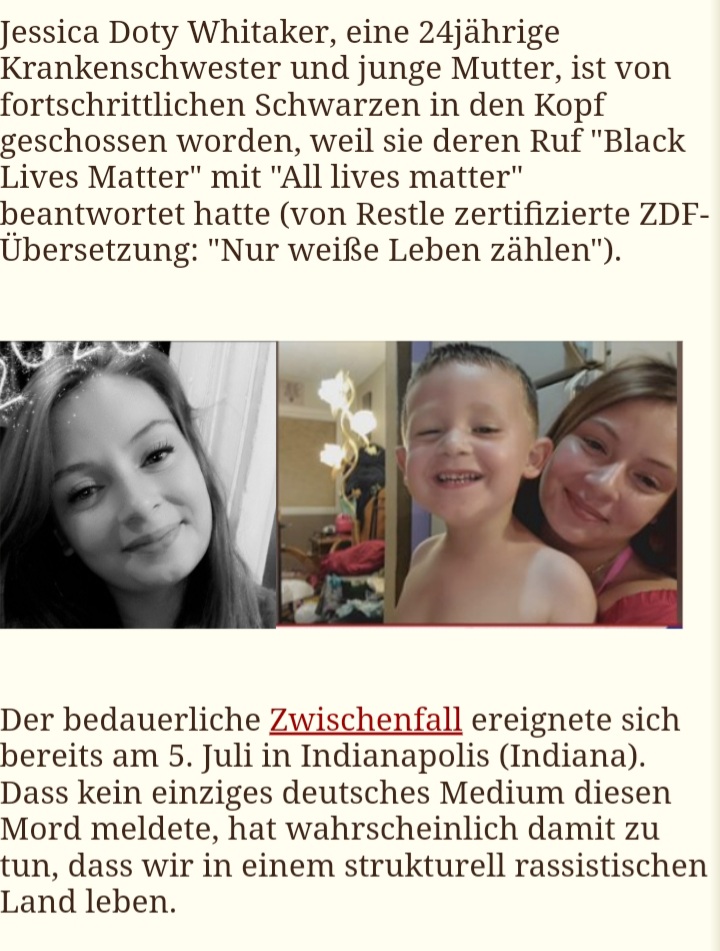 An Indiana woman was fatally shot earlier this month following an alleged argument between her family and a group of Black Lives Matter supporters, her family says.

The woman, 24-year-old Jessica Doty Whitaker, was walking along Indianapolis Canal Walk with her fiancé, Jose Ramirez, and two other people around 3 a.m. on July 5 when someone in their group used a racial slur, Fox 59 reported.

Whitaker was taken to a hospital where she died, her family says.  (GoFundMe)